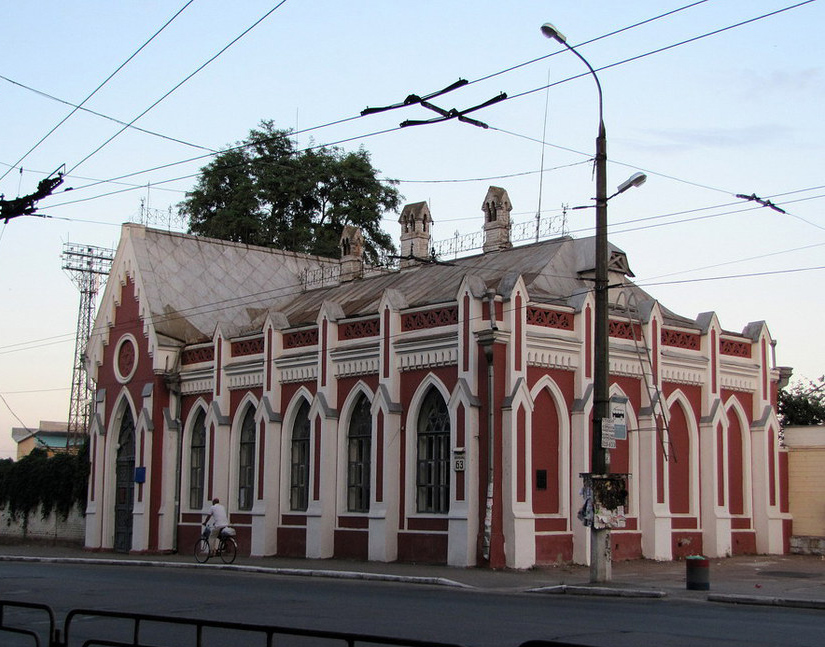 The building in pseudo-Gothic style was built in the end of the XIXth century on the then northeastern outskirts of Chernihiv as a handcraft class of orphanage. In 1900 1901 it was rebuilt and expanded in order to contain in it the historical exposition of the famous philanthropist V. Tarnovskyi, who left be will a unique collection of paintings and manuscripts to the city. The Chernihiv museum of Ukrainian antiquity was opened in the restored building in 1902. More than 700 articles were dedicated to Taras Shevchenko. The exposition of Chernihiv Historical Museum was located in the Tarnavskyi’s house (the building became to be named like this) up till 1979, and since 1980 a library for youth is located here.