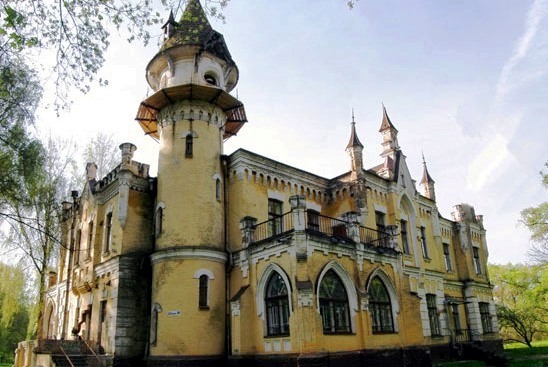 The farmstead of leader of Chernihiv nobility L. Hlibov appeared on the outskirts of Chernihiv - on Bobrovytsa - in the end of the XIXth century. Deputy of the State Duma, a wealthy landowner L. Hlibov was an eccentric person. He built his romantic palace in the Gothic Revival style, and decorated it with a bit clumsy guard tower. Linden alley, along which large boulders laid, led to the house. Inhabitants nicknamed the Hlibov’s palace as a castle. Now the estate is Glebova silkohospodarskoyi An Institute of Microbiology of the Ukrainian Academy of Agrarian Sciences is located in the farmstead of Hlibov now.